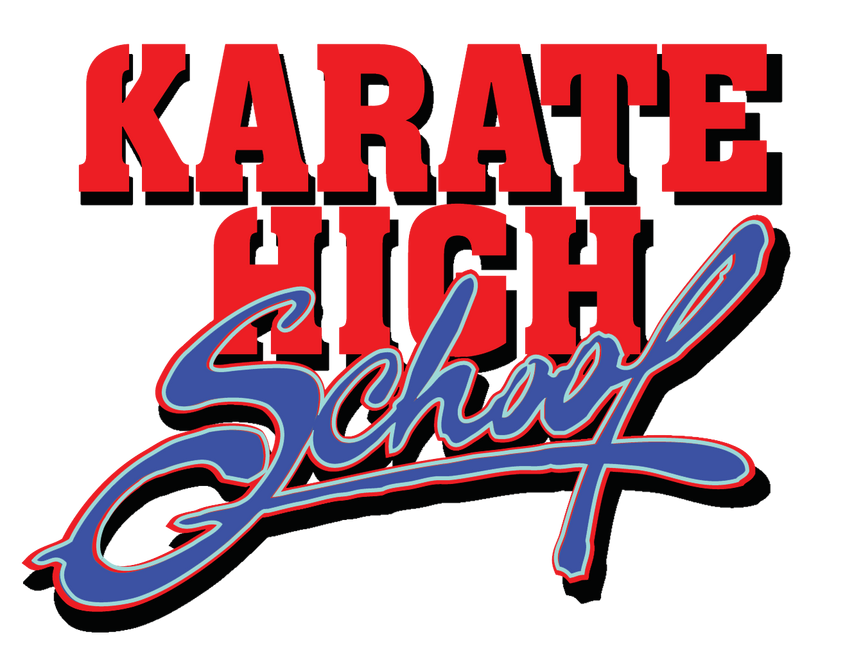 Hi! I'm Paul. I wrote and released three records, toured full-time, and tried to make the world a better place under the name Karate High School in the mid-2000s. But hey, things change. I decided to quit writing music as KHS after moving overseas to study Anomalistics and Parapsychology. Remember that scene at the beginning of Ghostbusters where Dr. Peter Venkman tests the university students for telepathy with Zener Cards? No? Oh, that's too bad. It's a great scene.

Anyways. You're probably here to read stuff about Karate High School. I wrote a comprehensive biography for the band once, but it was so obnoxiously long-winded that I grew a 12-inch beard while writing it. Thus, in the interest of brevity, I have prepared a brief, short-attention-span friendly history of KHS, complete with illustrative pictures and simple text that you can read to your children. Enjoy.

Karate High School was a band. I chose the name because I loved really bad horror movies from the '80s and super cheesy sci-fi moves from the '50s. In short, it was clear from the beginning that we weren't going to be The Beatles. Or Radiohead. Or Ace Of Base. Although Billy Ray played keys with me from the beginning, the touring lineup changed dramatically over the years. Of all the lineups, KHS was at the peak of its powers when Ray, Geoff, Aaron, and Nathan were in the band. Here's what we looked like: 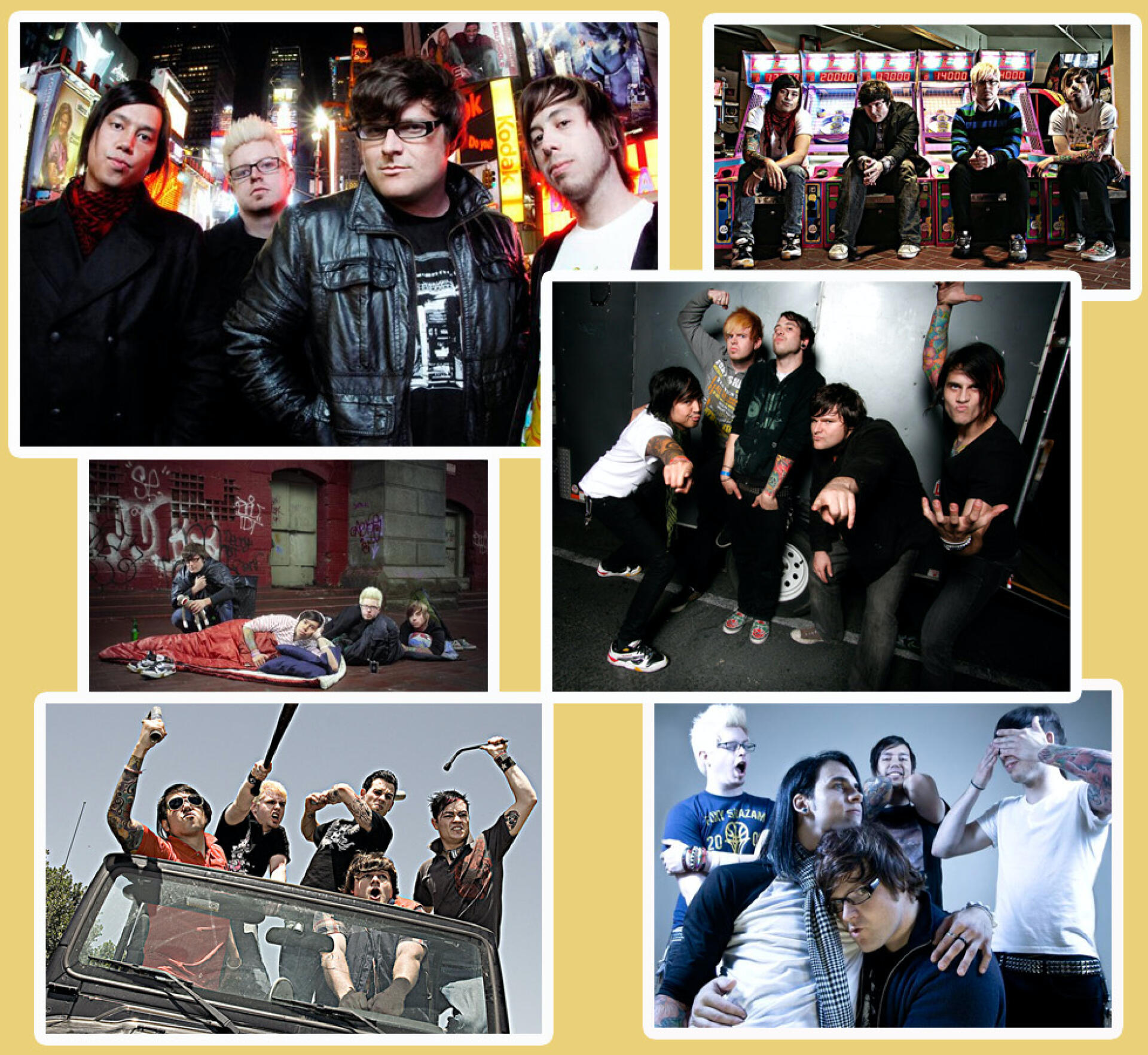 Karate High School released three records worldwide. I wrote and produced all three albums in my bedroom with a ridiculously small amount of gear. Here's a recap:

Arcade Rock, 2006
I quit my job, left my apartment, and lived on the streets for no money with five other men. Wild times. I wrote all the songs, produced, recorded, and co-mixed this one. And sang, of course. Although I wish I could go back and re-record some of those vocals. Ouch.The League of Tomorrow, 2007
This is my favorite KHS record. After my touring lineup imploded, I locked myself in a room for three months and this record was the result. I wrote all the songs, sang, played every instrument, produced, recorded, and co-mixed this one. Check out the video we made for Burning Up For You. Neat!Invaders, 2009
Although I love this record, I think I'm the only one on Earth that enjoyed it. Wait, no -- my Mom said it was "fun." Sigh. I wrote all the songs, sang, played the keyboards and bass, produced, recorded, and co-mixed this one.

To support these albums, I toured full-time for years in the most filthy conditions imaginable. I slept in parking lots when the temperatures were above 118, and below -30. I played hundreds (thousands?) of shows in 48 states and many countries. My record for consecutive days without taking a shower is 29. I decided to bathe after a clever cashier at Taco Bell quipped that I smelled "like someone set a funeral home on fire." I complained to her Manager and received a free Cheesy Gordita Crunch as compensation. Nothing mattered but the shows: 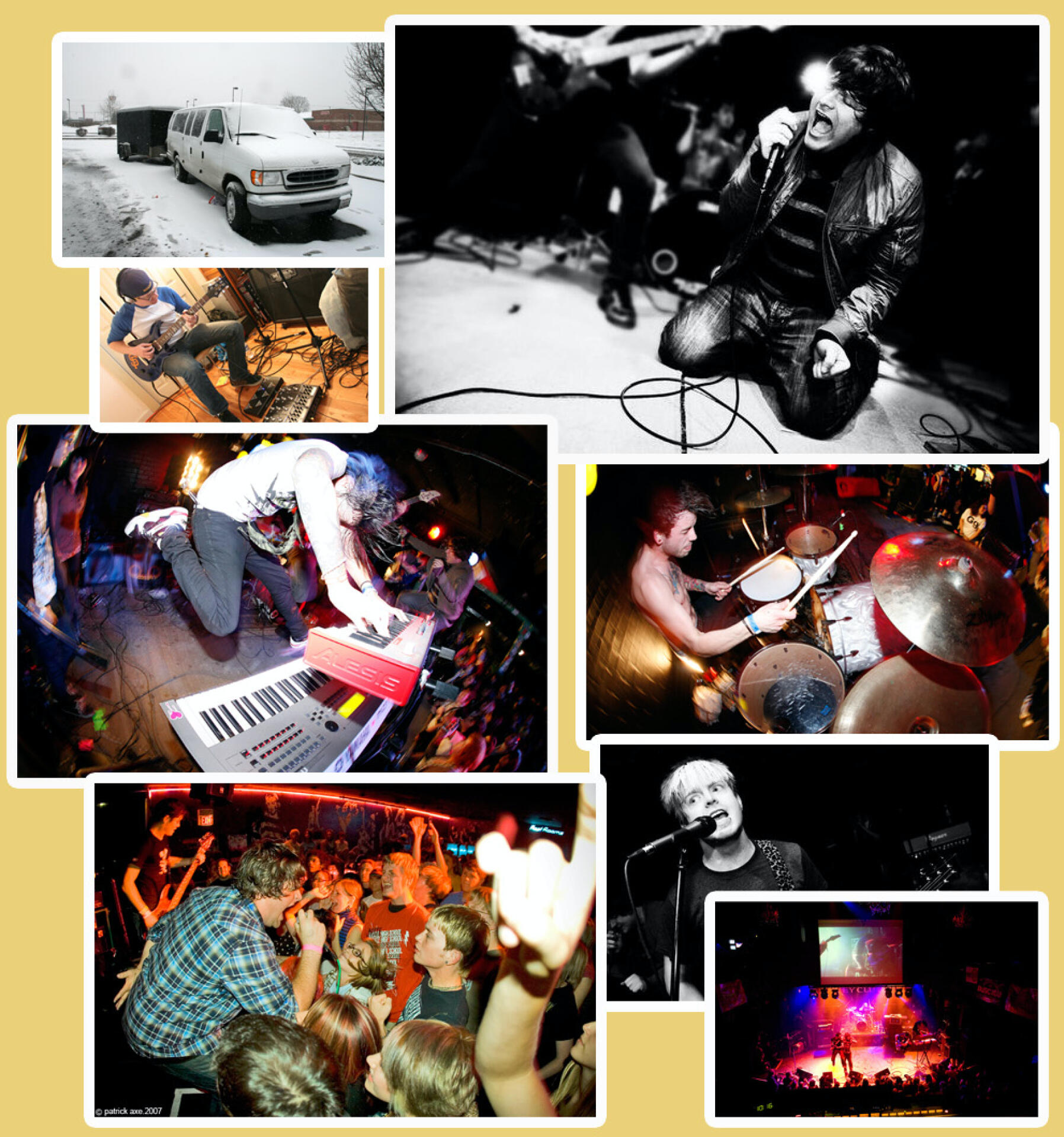 I toured non-stop for years, sacrificing my relationships, a "normal" career, and health in pursuit of a dream. An idea. My band and I were homeless wanderers, driving the Interstates by day and screaming at teenagers by night. There were no rules. I suffered through a Brown Recluse Spider bite in El Paso (sadly, didn't get superpowers), Nathan and I ate pastries out of a dumpster in a Dunkin Donut parking lot somewhere in Virginia (sadly, got diarrhea), and a wheel broke off our trailer while driving 75MPH in the middle of nowhere, USA. Luckily, we found a junkyard nearby and I rode a snowmobile while Nathan climbed crushed cars:

I broke my ankle during the Disneyland Here We Come Tour after jumping off a drum riser at a show in Corpus Christi, TX, three days before KHS and Foxy Shazam were supposed to spend the day at The Happiest Place On Earth. Undaunted, I went to Disneyland and zipped around the park in an electric wheelchair at a brisk 3MPH. Everyone I care about is in this picture. One of the best days ever:

We filmed a music video for Burning Up For You in Brooklyn, New York. Even though my face looks like it was hit with a bag of hot nickels, the guy that animated the video did a killer job putting in all together. Inexplicably, the thing I remember the most about this day is immediately driving from Times Square to San Francisco in 49 hours following the shoot. Oh! And someone told me that the female lead in the video is dead now.

Pauly Shore made a commercial for KHS after seeing us play in Los Angeles. Although we remain close friends, he still refuses to read my script for Son In Law 2. Pauly's involvement fulfilled a lifelong dream, easily eclipsing when ...And Then You Die! was used as the theme song for a Steven Seagal marathon on AMC. 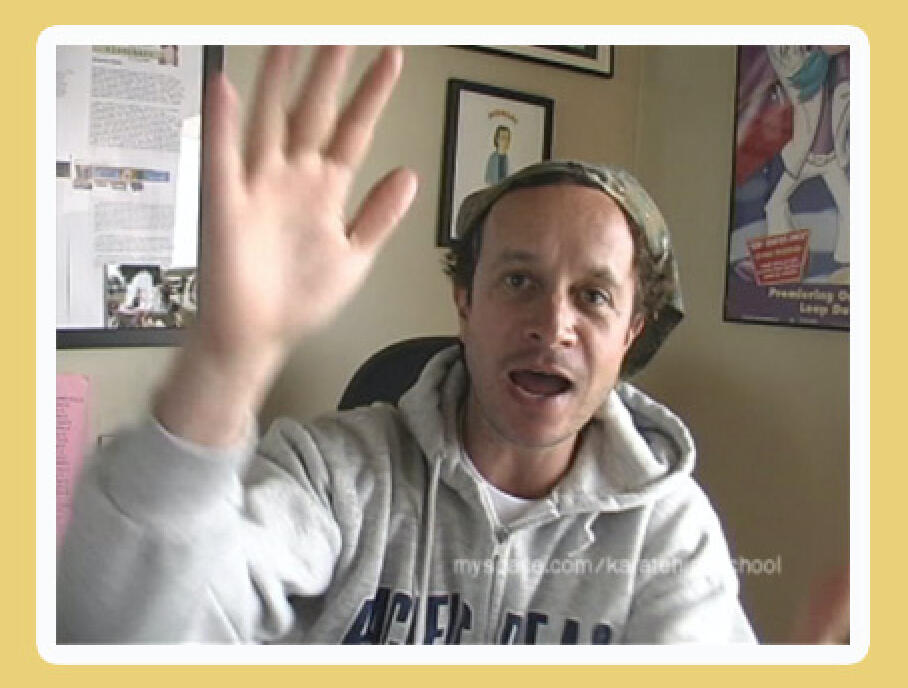 After the release of The League of Tomorrow, KHS signed to Eyeball Records. Signing that deal was creatively, emotionally, and spiritually satisfying. To be a small part of a label that I'd grown up listening to and admiring from afar was a dream come true. Our contract stated that if we sold a million records, Eyeball would have been legally obligated to purchase us a Saber-Tooth Unicorn. Although that magical moment never happened, we did get to have Thanksgiving dinner at Alex's house with Geoff Rickley from Thursday. This picture was taken on top of the Eyeball Records office in New Jersey. It was the first time I felt accepted into the music community: 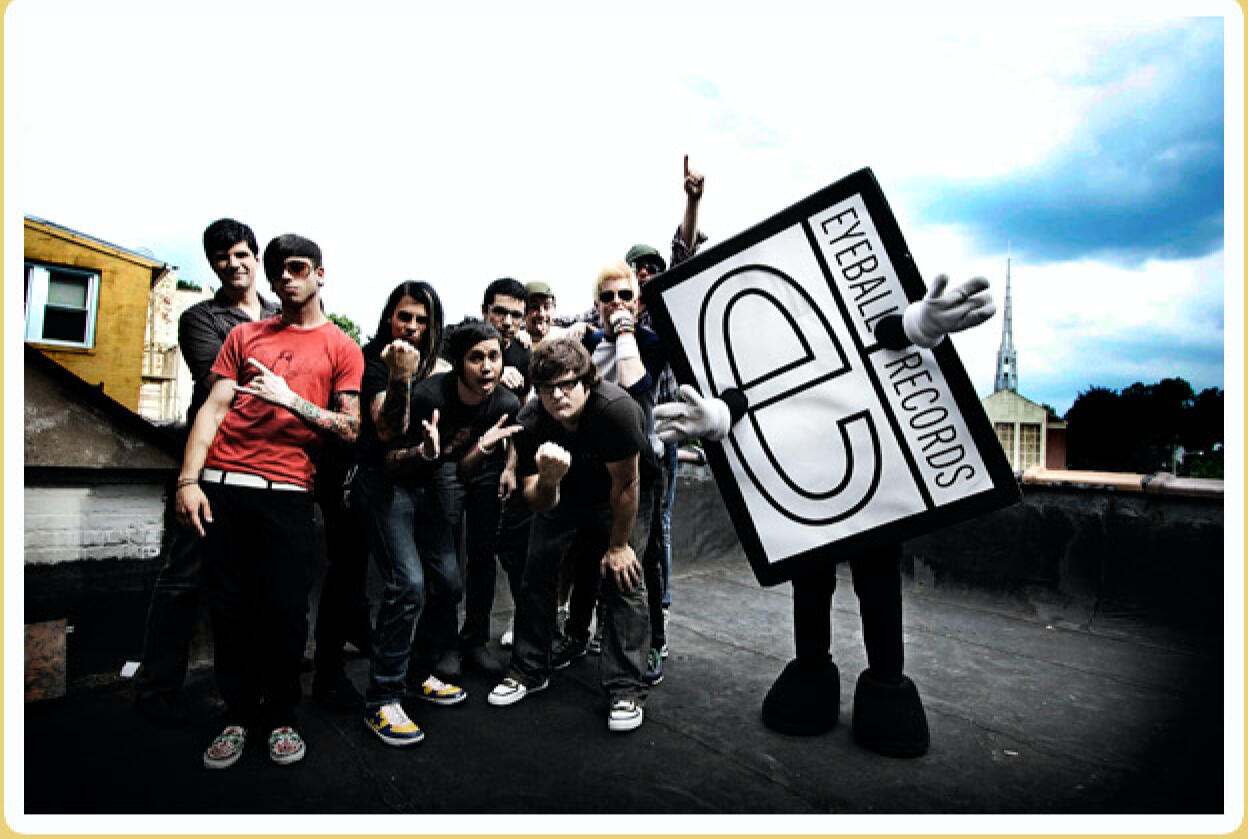 Invaders was released on Eyeball Records. Along the way, some awesome folks got KHS-related tattoos. Here are a few of them: 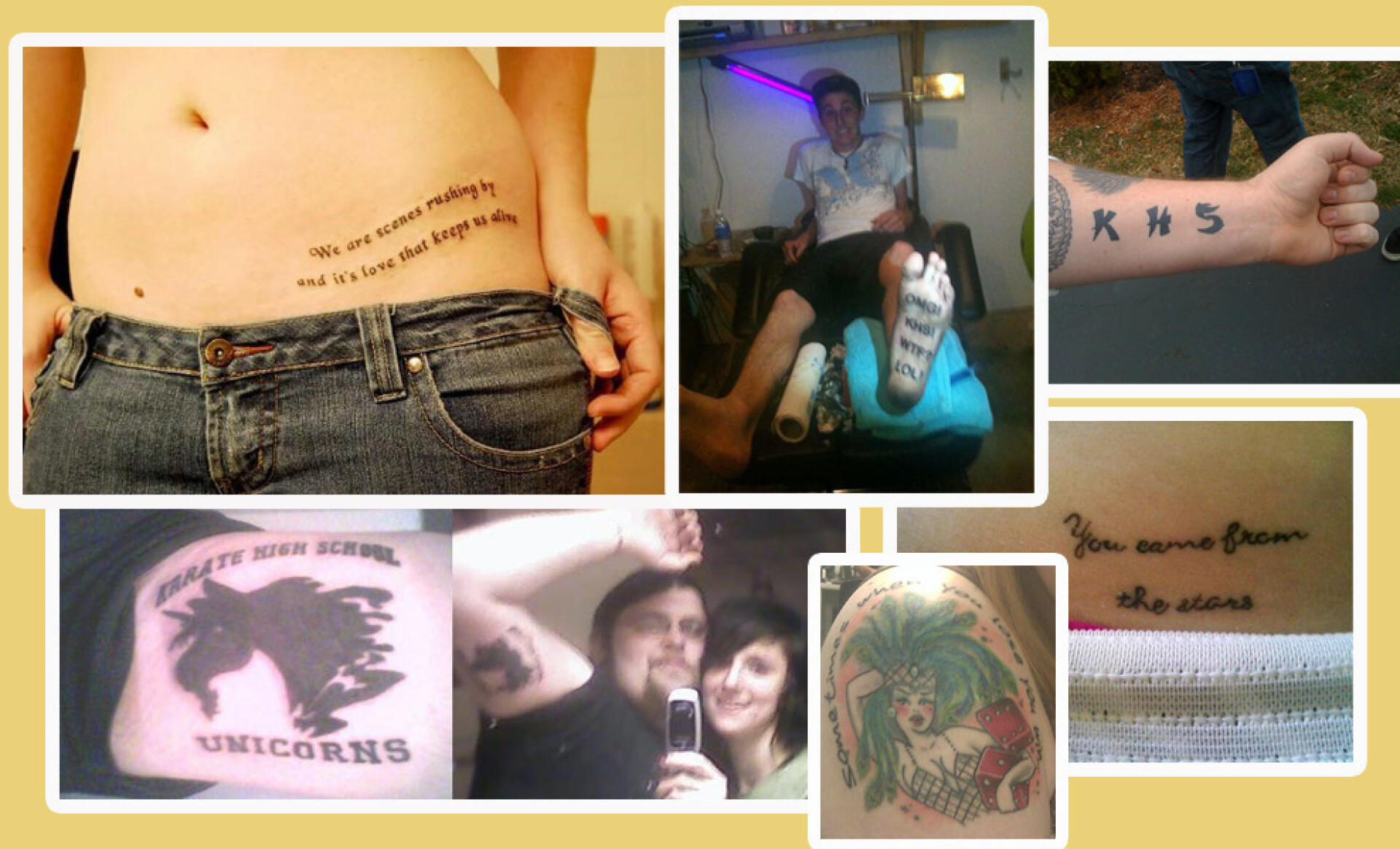 Followed by even more relentless, sweaty touring. Many friendships were both ended and made, sometimes in the same night: 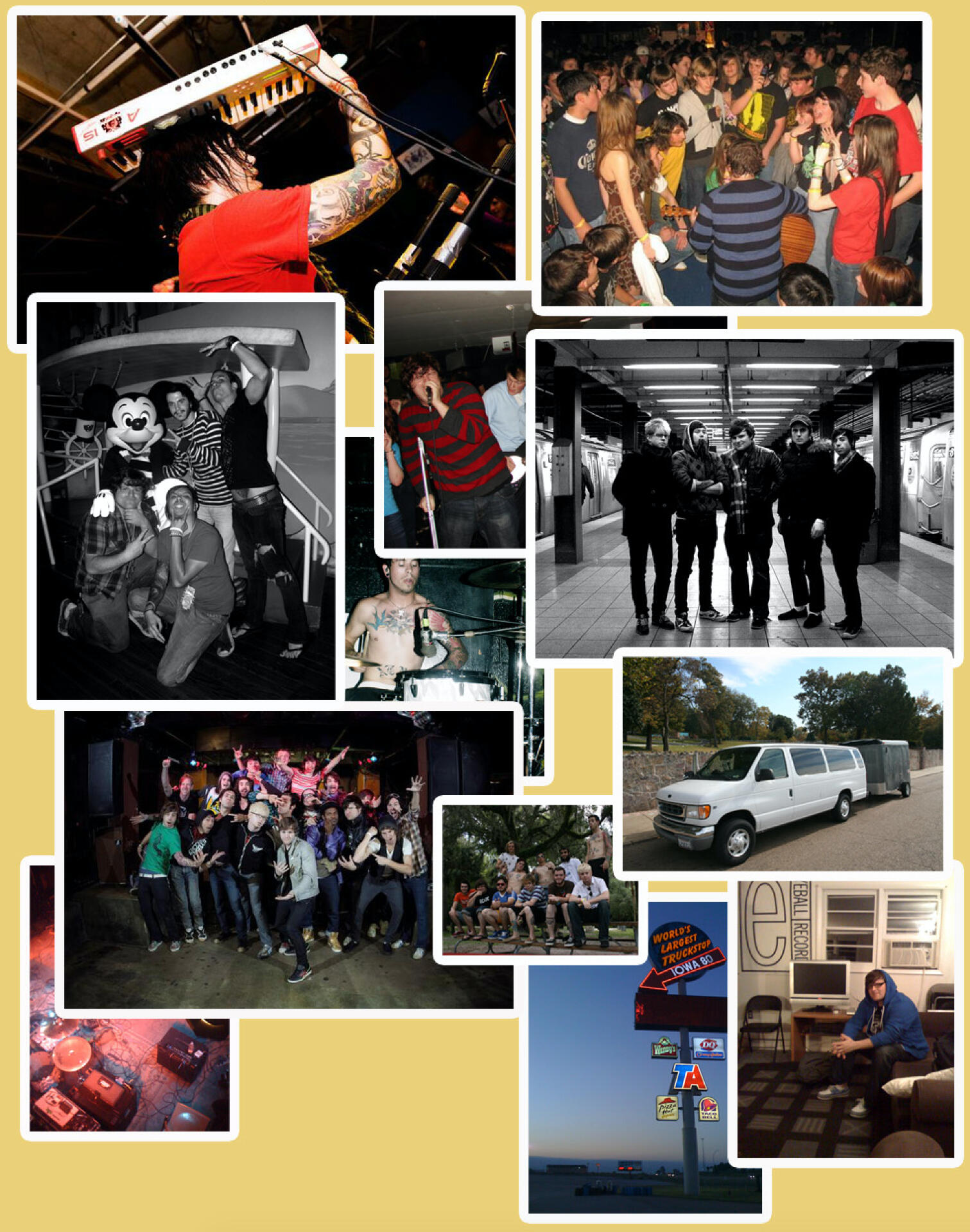 And then, it happened. I went on a trip to an allegedly "haunted" hotel in Antwerp, Belgium, and experienced something that I haven't spoken about since. When I came home, I decided to no longer continue writing music as Karate High School in order to study the fields of anomalistics and parapsychology.

I feel like I want to say something important, something meaningful so I can end with a powerful nugget of wisdom that I've learned from playing music, or from being out on the road, or from my four years of living in a van in Wal-Mart parking lots across America, but I can't. So, at the risk of sounding cliche, I'd simply like to thank anyone that ever listened to our music, traveled to see KHS play live in concert, and invited us into your homes to sleep on your couches, use your showers, and eat your food without asking for anything in return, year after year. You supported us with your love and grace and generosity. I feel lucky to have shared the magic of music with you by performing in your basements, rec halls, and living rooms, and I feel honored to call you my friends.I'll see you in the next life, when we are both cats.Your friend,Paul McGuire 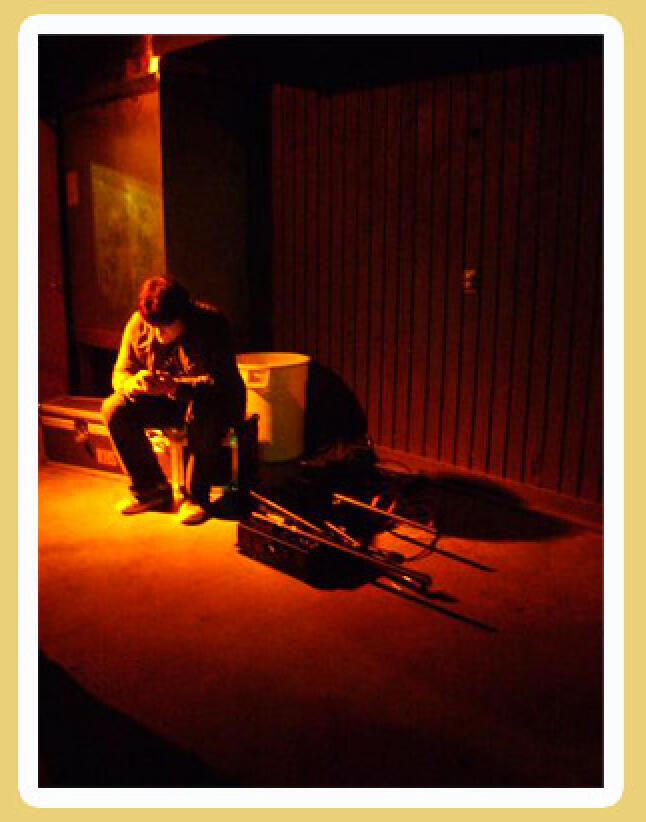